An interview with artist Geoff McFetridge. He talks about what creativity and comfort mean to him.

What does creative freedom mean to you?

My focus has been making art since I was a teenager. So, for me, a huge part of creative freedom is the ability to change; to be able to follow my interests, to develop new ways of being creative and new ways of working. And to be able to sort of have that control is huge. It’s up to me what I do next. 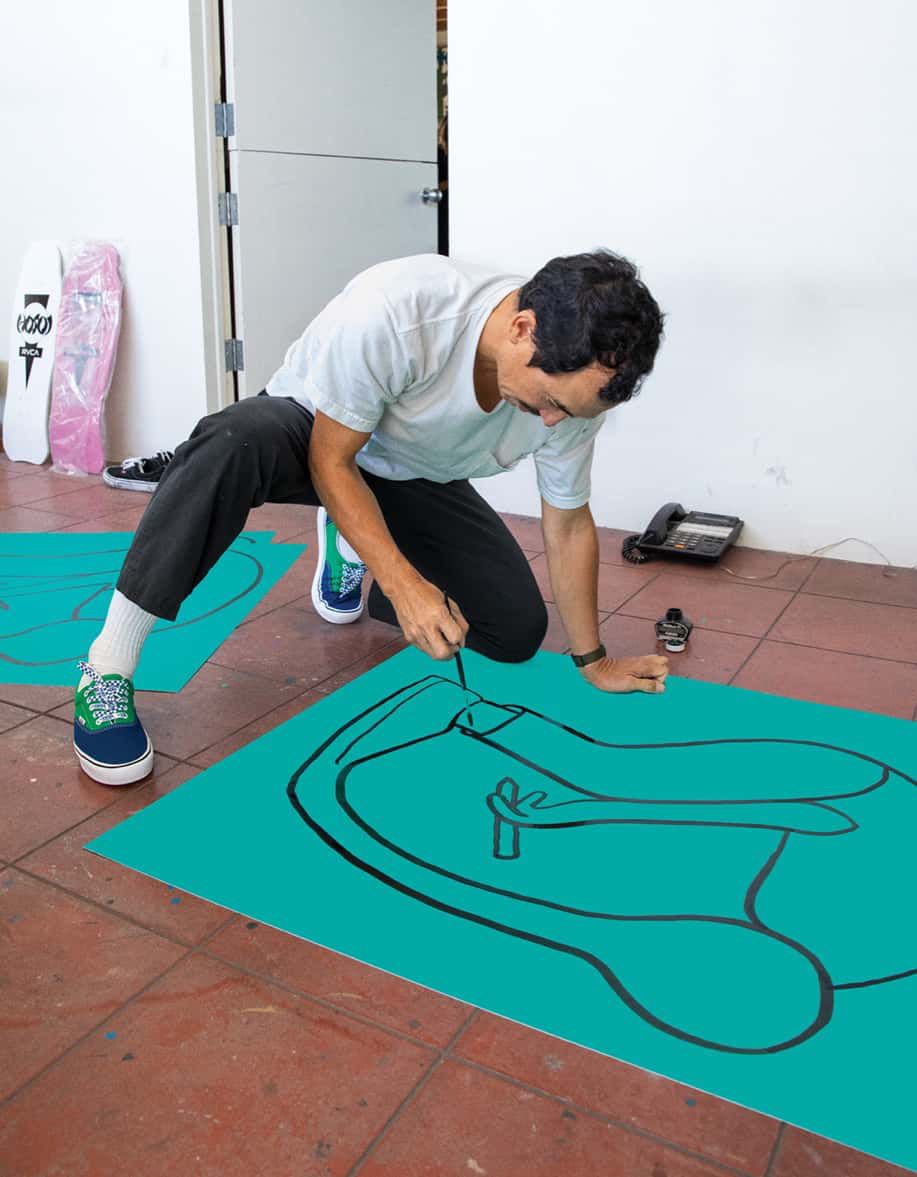 Do you feel like you've always had creative freedom in what you do?

I think it's increased. You know, when you're really young, you have a lot of creative freedom but you don't know what to do with it. For me, I needed some sort of structure. I wanted to feel when I sat down, I sort of knew a little bit of what to do. And I feel like I'm more comfortable now with options, you know? The tyranny of choice. Having a lot of choices is also difficult, but when I was younger, I was like, "Oh, I want to narrow it down: What am I about? What does what I make look like?" I didn't really know. I was trying to figure it out, you know? Now creative freedom is opportunity or exposure. I can do things and make things and people can see them. That's a kind of powerful sort of freedom.

“Creativity is a physical as well as mental experience.”

Can you roughly describe your creative process?

I think everything's a little bit different but usually I sit down and everything sort of starts in a book. I work in notepads, or a sketchbook. It's basically a sketchbook, it’s very open with the ability to write things. I'll write. I'll use words. I'll use drawings. I'll use tiny sketches. I'll do more finished drawings. You sort of start with nowhere. And then it's like, "Okay I could draw something very simple, or instead of drawing a spiderweb, I could write “spiderweb” and then you think, “Oh spider...net...fishing net,” you know? “Circle, concentric circles. Oh, the concentric circles are like a trap, and the trap, you can hold something. Something living in the thing, in a box. A web is like a box.” Sometimes it's easier to write something. Sometimes you're clearer with words, one thing leads to another. And for me it's a trick to lose yourself in a thought, an idea, and to get to a zone where it's like, "The only way I can actually explain this at this point, is by drawing this spiderweb that's melting into a box that's holding a guys head,” you know? It's like, "Oh, it's a web that's holding someone's thinking."

For me, it’s the creative process about finding the purpose in what you're doing, like, "Oh, now I've got some traction," and now I have this book of sketches, I have this trail, so you can go back. And I'll sort of sit back and go through the pages. It's not like everything's good. Most of it is actually not interesting. For me, working is about getting all the uninteresting ideas and all the stuff that's not important out of the way. It's not about creating things that are good, it's actually getting rid of the things that are bad, or uninteresting. They're not bad, just not compelling. So you get those things out of the way, and then you're left with what is important. So then I go back, find the things that are important and then I'll go, "Okay, should this be a painting? Could this be something I make on the computer? Should I make it on the computer, print it out and trace it?" And once I leave the world of drawing, then it becomes a little more mechanical. "Well, what's the way to express this?" And the paintings are important to me, "Oh, this is a really effective way to take things that are drawings, and make them not a drawing." It became very mechanical. Like the thing I was talking about, mechanical creativity. It became this very mechanical challenge that came out of drawing. So it's super different than drawing, but it was an effective way to move past the drawings, you know?

Do you paint when standing up?

Yeah, mostly standing up. But I'm very conscious of it. That painting that was in the studio, when I put it on the saw horses to touch it up, that's the first time that painting went onto saw horses. And I was very conscious of it. When I was doing the ComfyCush drawings, the first thing I realized was, "Ah, this paper's really heavy, how I'm gonna get it to go on the wall?" But I’ve also done stuff—there wasn't really a way to do it—I was using India ink, it was gonna drip. The first one I did, it dripped down, right? But the inspiration for those drawings came from paintings that I did on the floor. Each one needs its own space on the floor, and I would put them on the floor and stand over them, and paint them, and they'd stay there. Then I'd put another one down until the whole studio floor was full. You run out of surface, you know? So that's a different type of physicality. And people say, "Oh, you're a perfectionist," or, "Are you a perfectionist?" and it’s like, "Well, what?" I'm interested in the details of a thing. I'm interested that when I stand over a drawing and do it, that that's different than when I do it small, scan it and blow it up. I'm interested that those are different, but I don't think one is more perfect. You could say, if I did it small, projected it, and drew it, then that would be perfect, but it wouldn't be perfect, because it would be like this weird (laughs)...it would be tidy. It wouldn't be perfect. So, I love detail, but what I like about detail is when you get closer to something, you know? 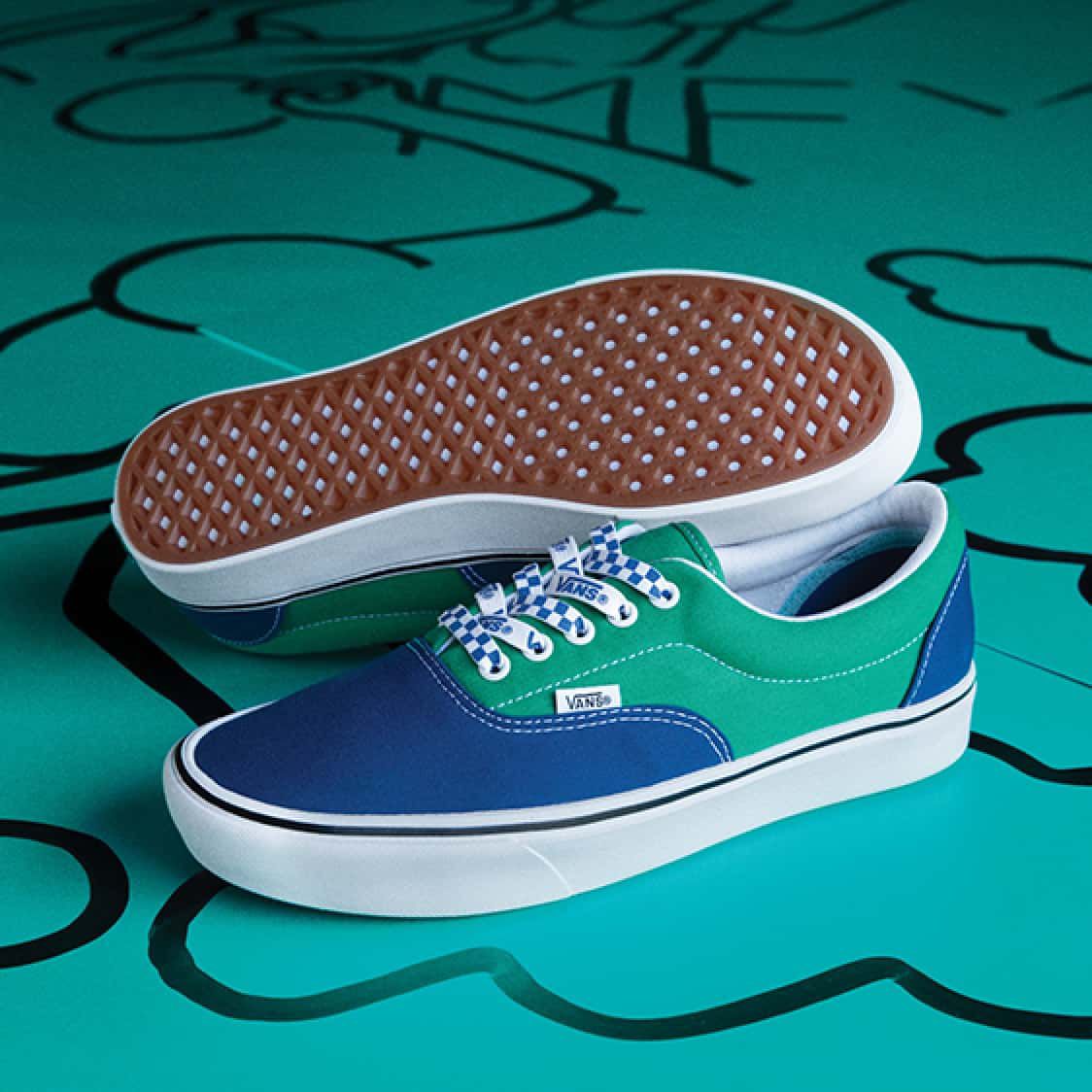 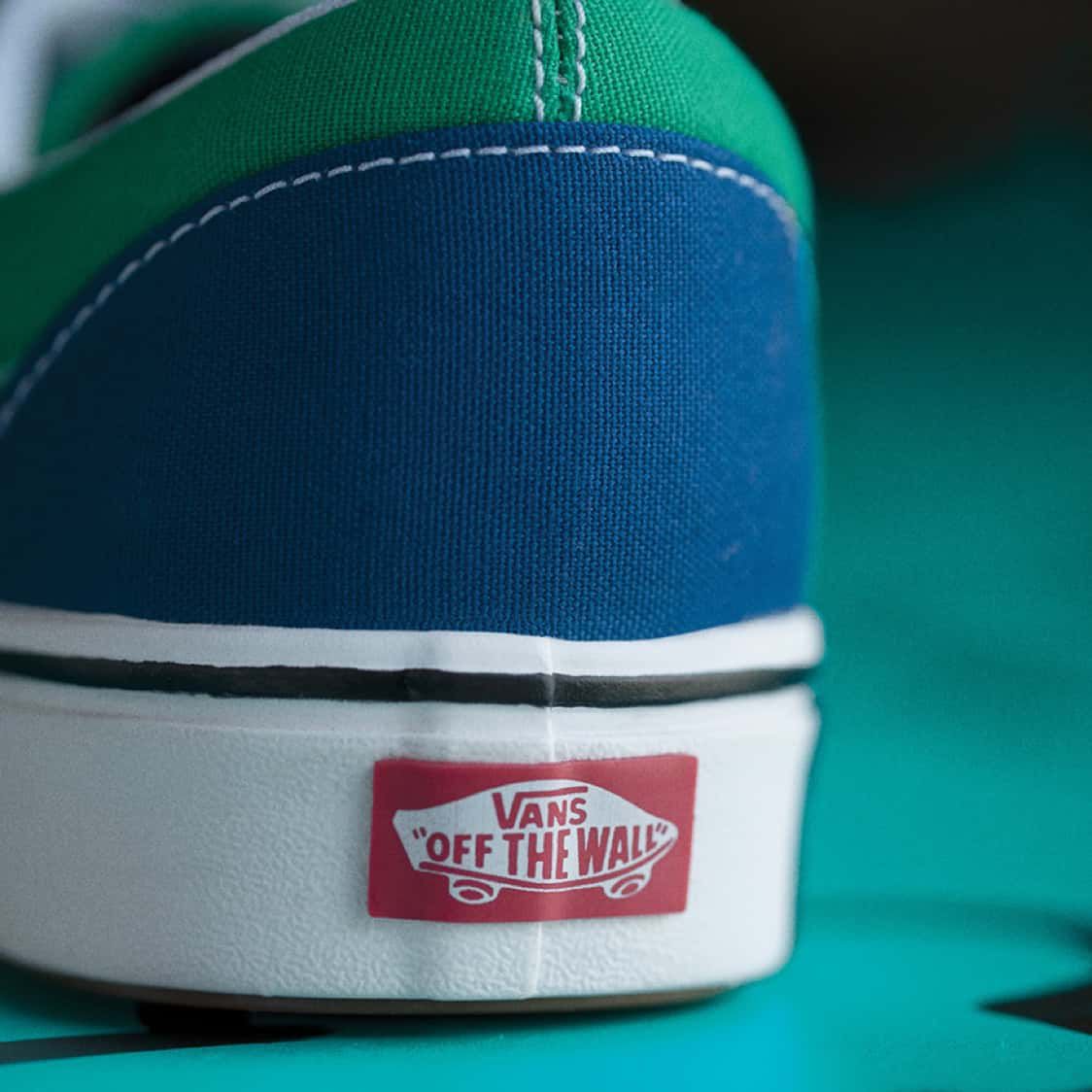 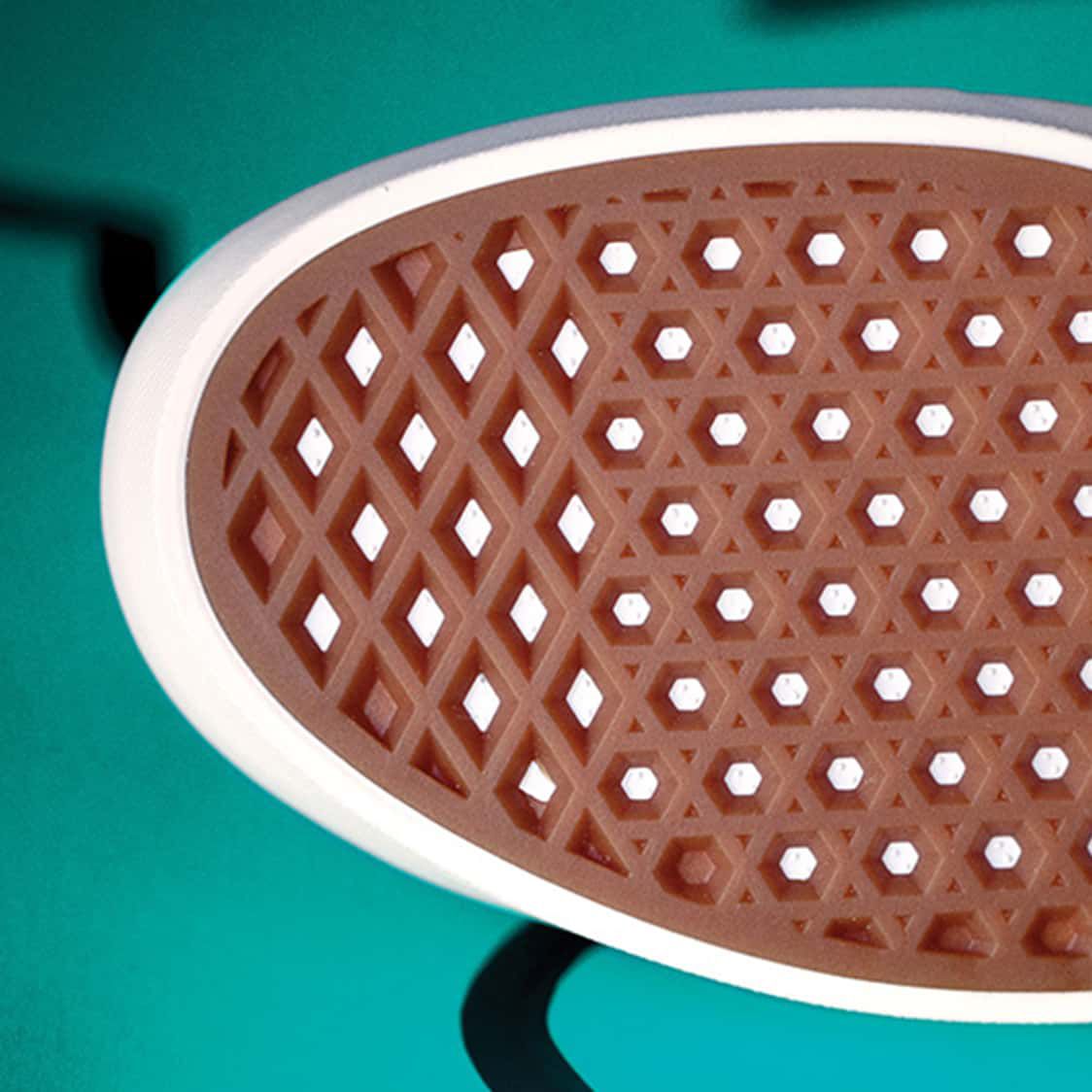 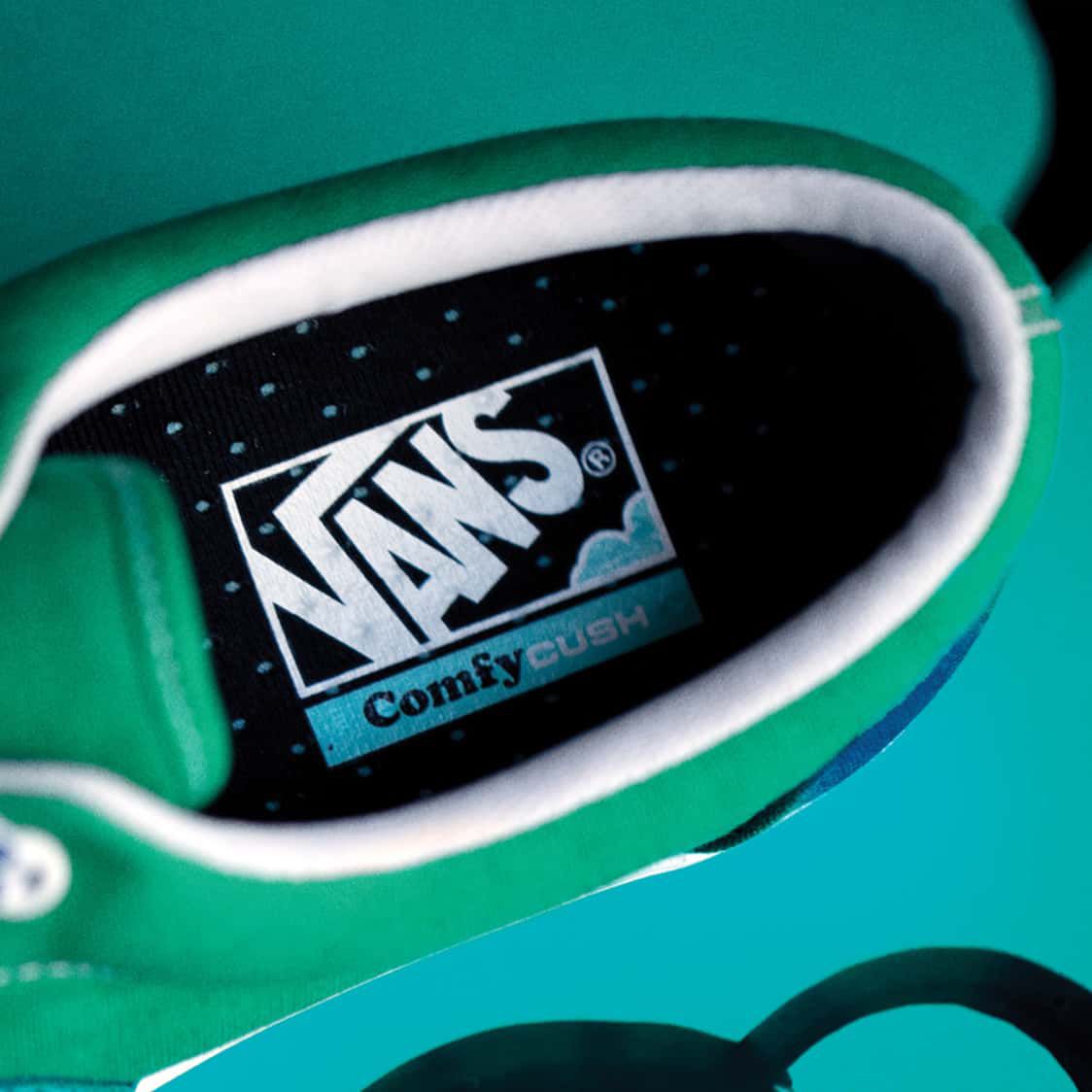 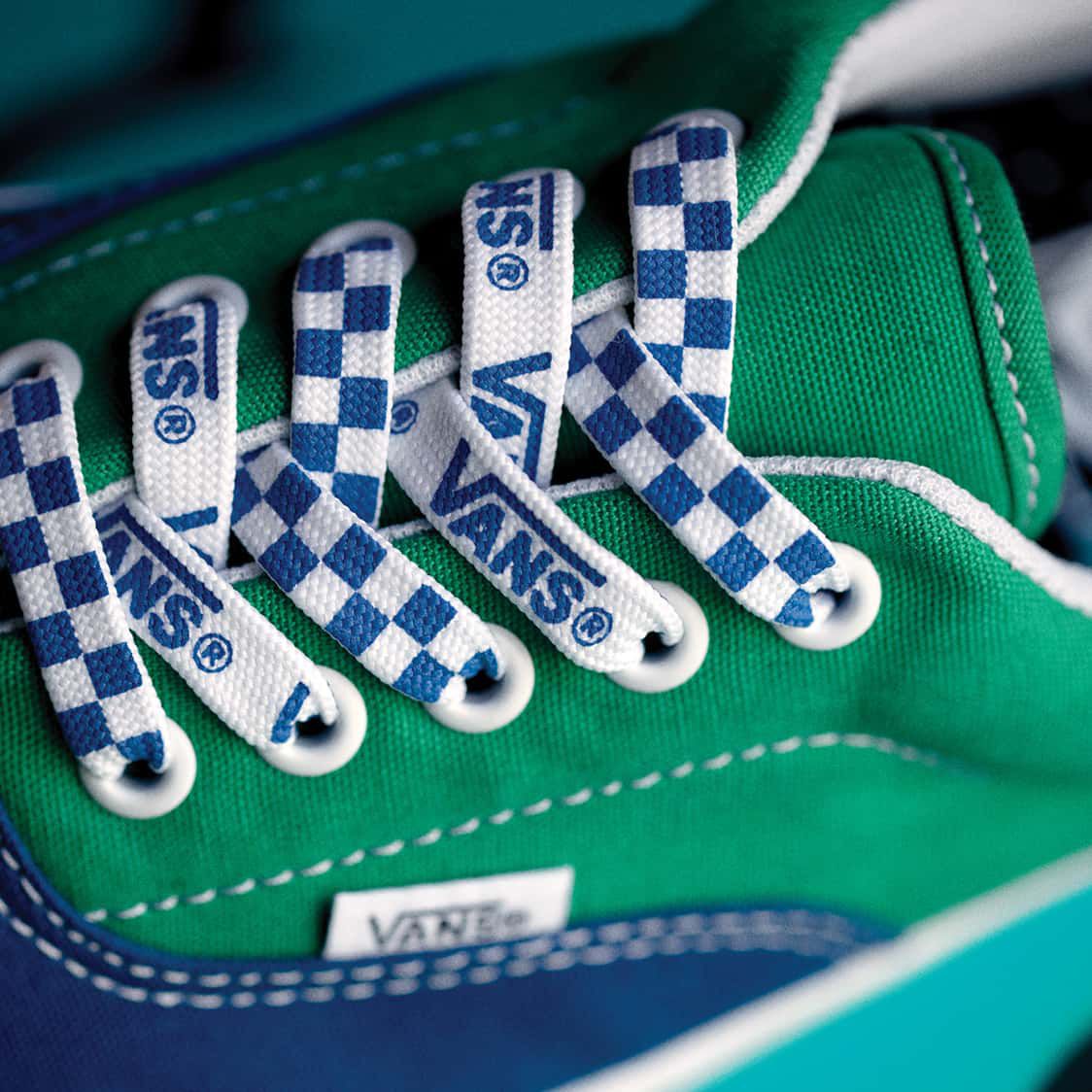 The Iconic style of the Era re-engineered with a softer sole for a comfort that won’t quit.

“Comfort is the reward of creativity.”

The comfort isn't the process, the process is uncomfortable. If it was nice the whole time, I'm so suspicious of that, you know what I mean? It's super suspicious, like, "Oh, your studio is so nice, everything's arranged, and it's tidy," you know what I mean? Or you don't want to just take on jobs because it's like, "Oh, this is brutal," making everything brutal. It's that balance, you know? So maybe we're talking about balance. Comfort is like a balance. The part of the process that you should be comfortable with, don't make it uncomfortable. But the parts that are uncomfortable—live in it. Be part of it, you know? Like when you talk about the collage thing, when you're doing work over the weekend and you know what you're doing, I totally relate. Where you're like, “Can I just do this forever? Can this just be my job?” 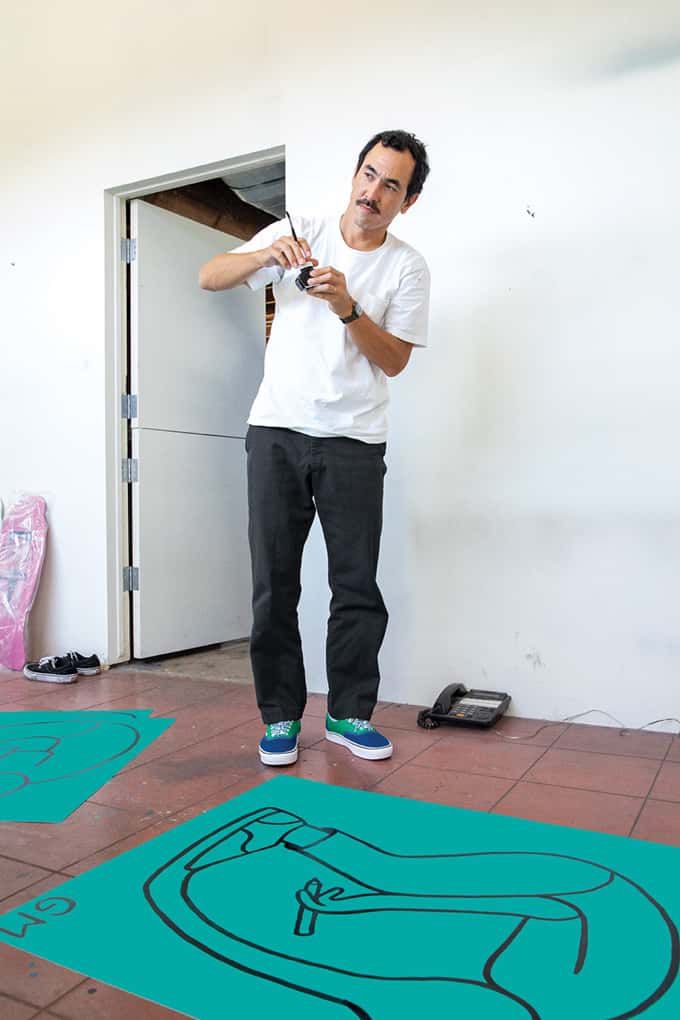 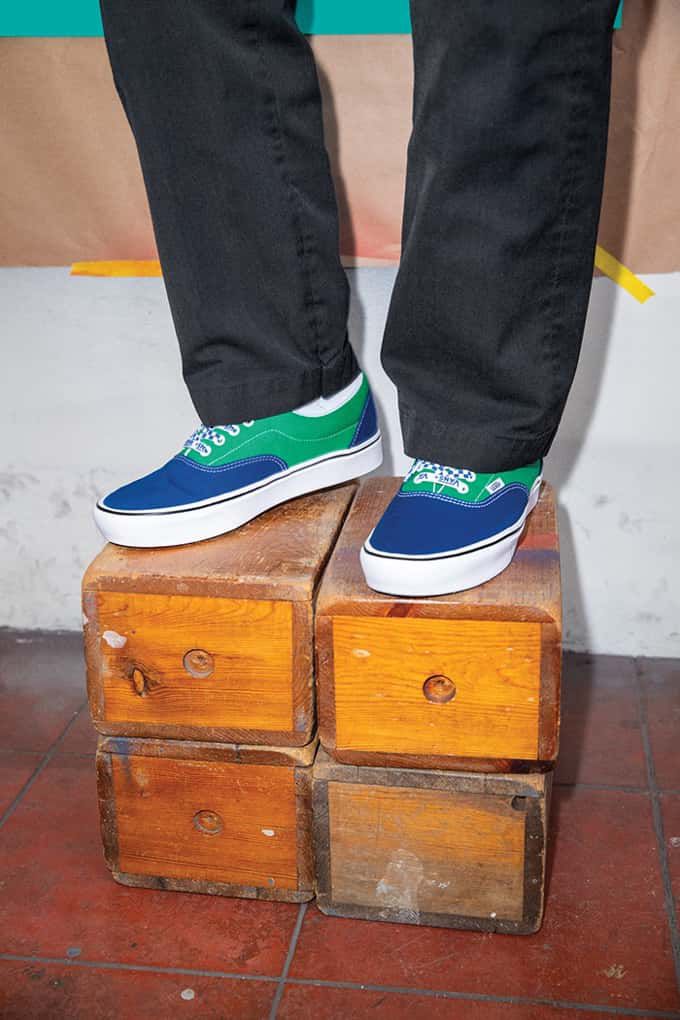 Are distractions welcomed in the studio, or do you need to just shut out?

I like that my studio is a place people come by and there's stuff going on. I do like that. I think I've definitely given up a sort of solitude over the years. I used to just come to my studio and I didn't have anybody working for me. No one ever came to it but me, and that was good, but I felt that uncomfortable feeling. It's actually a little more challenging if there's more distraction, if you just have more things going on. Maybe it's part of being a parent, when you sort of realize, “Oh wait, my time is finite; I only have this many hours in the day, and I have other things that I want to be doing.” Or traveling, or being with the family, or doing these other things. From creativity, those are sort of a distraction, but the distractions are actually super important. And then you realize friends feeling comfortable to come by is sort of good. I draw on the plane a lot. I'll be like, “Oh, I'm on a plane for four hours, I'm going to do some stuff.” And I don't mind people looking over my shoulder, or being distracted, or being super cramped or whatever. I'm sort of like, “This is training, this is good," if you can actually be doing work while someone's asking, "What are you doing?" 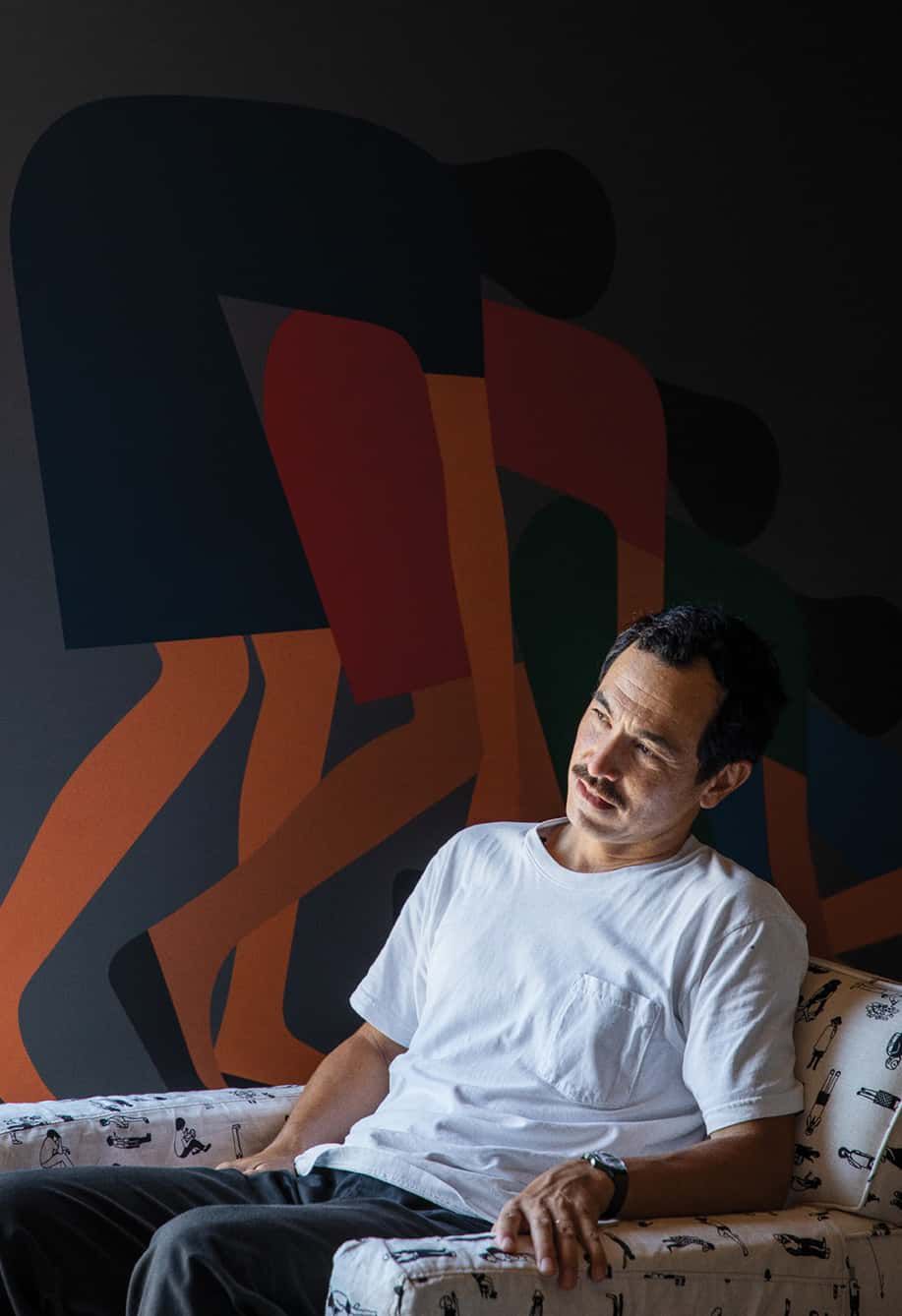 Geoff McFetridge is an artist that lives and works in Los Angeles. His work can be seen in galleries all over the world. 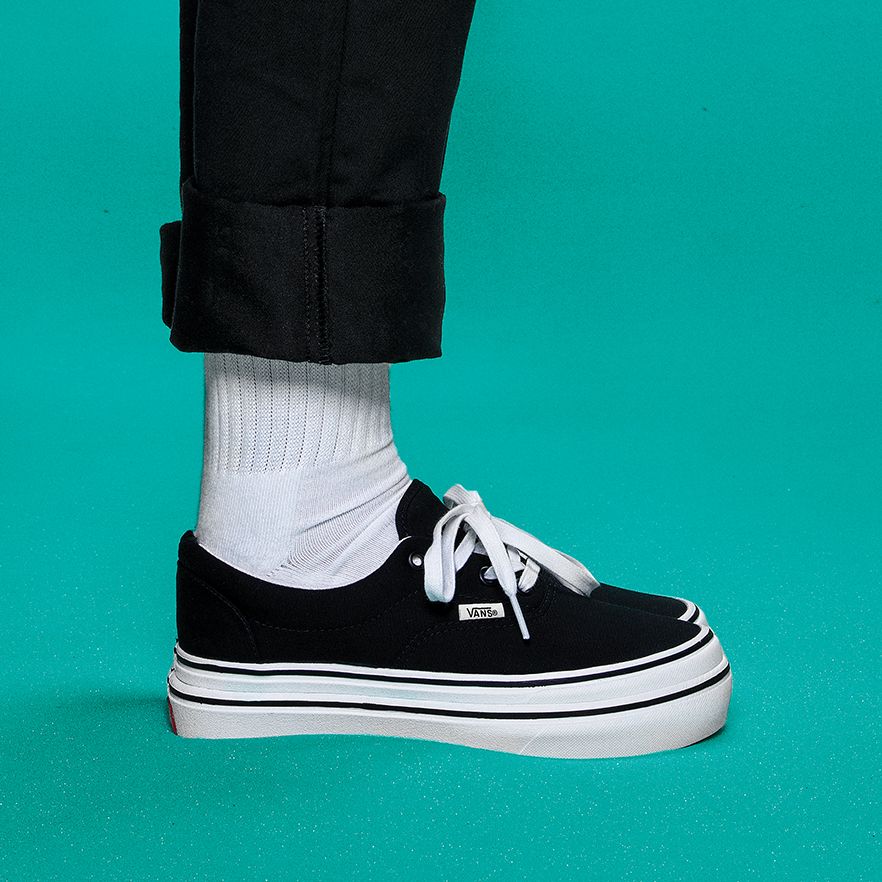 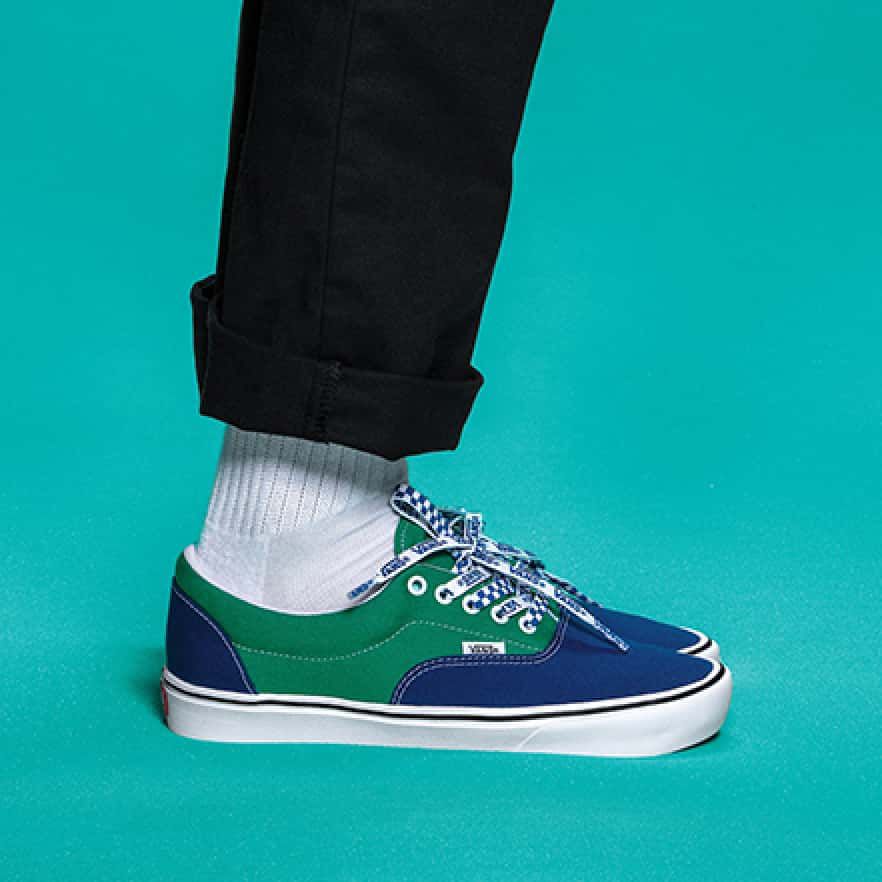 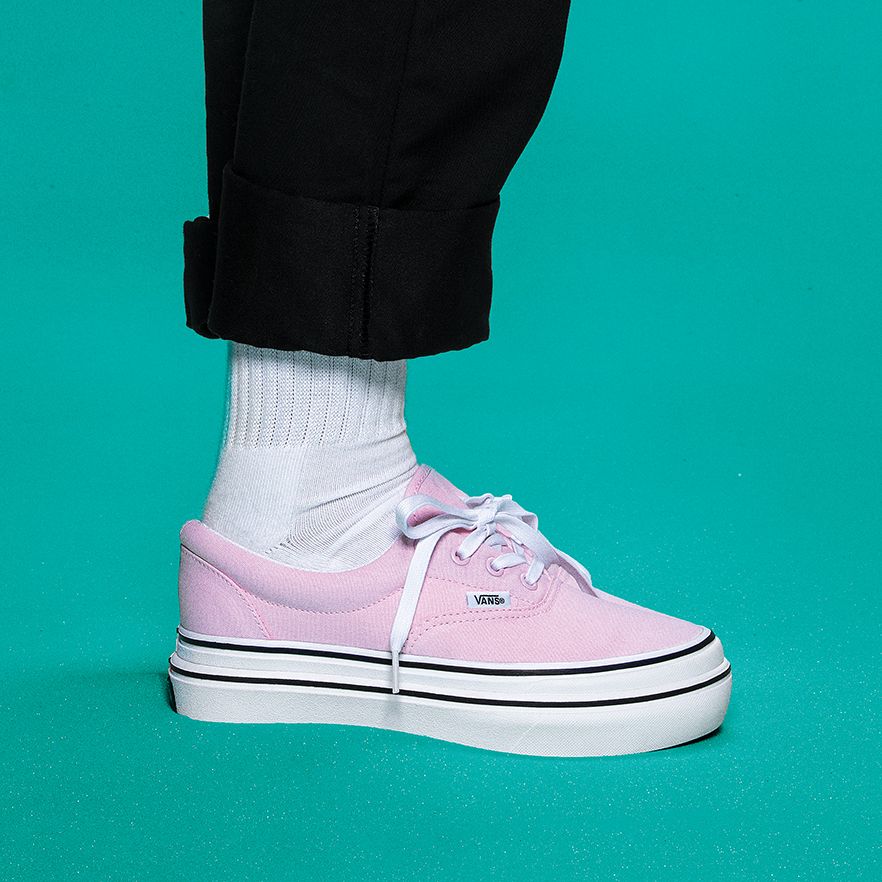 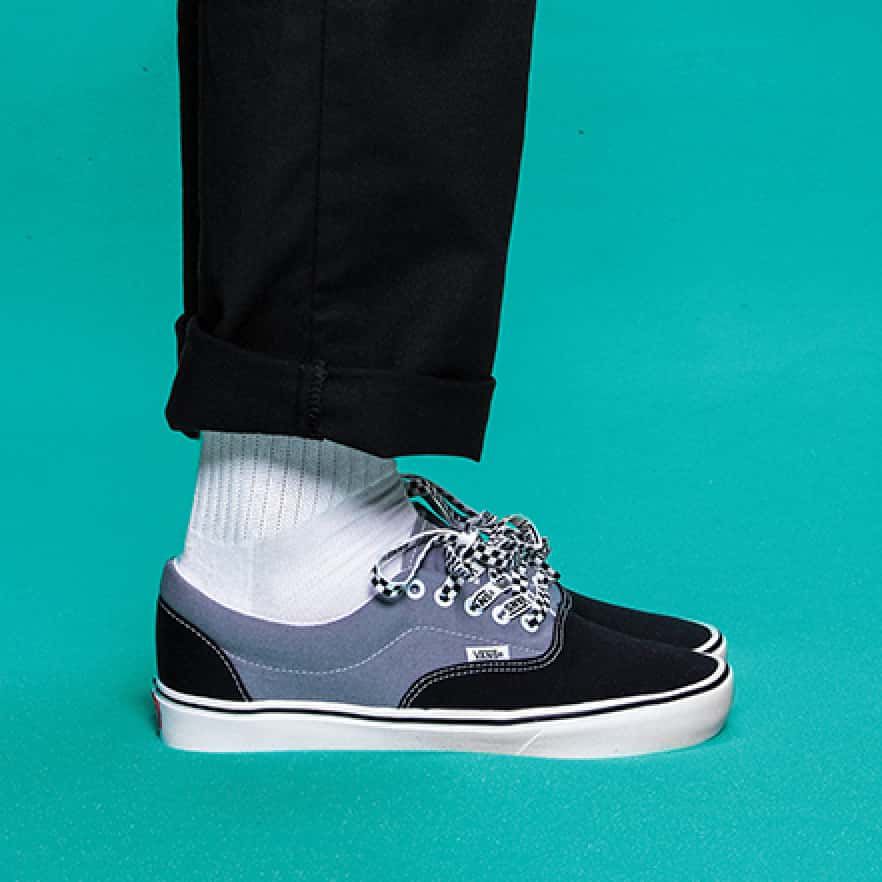 The ComfyCush Era, Customized by you. 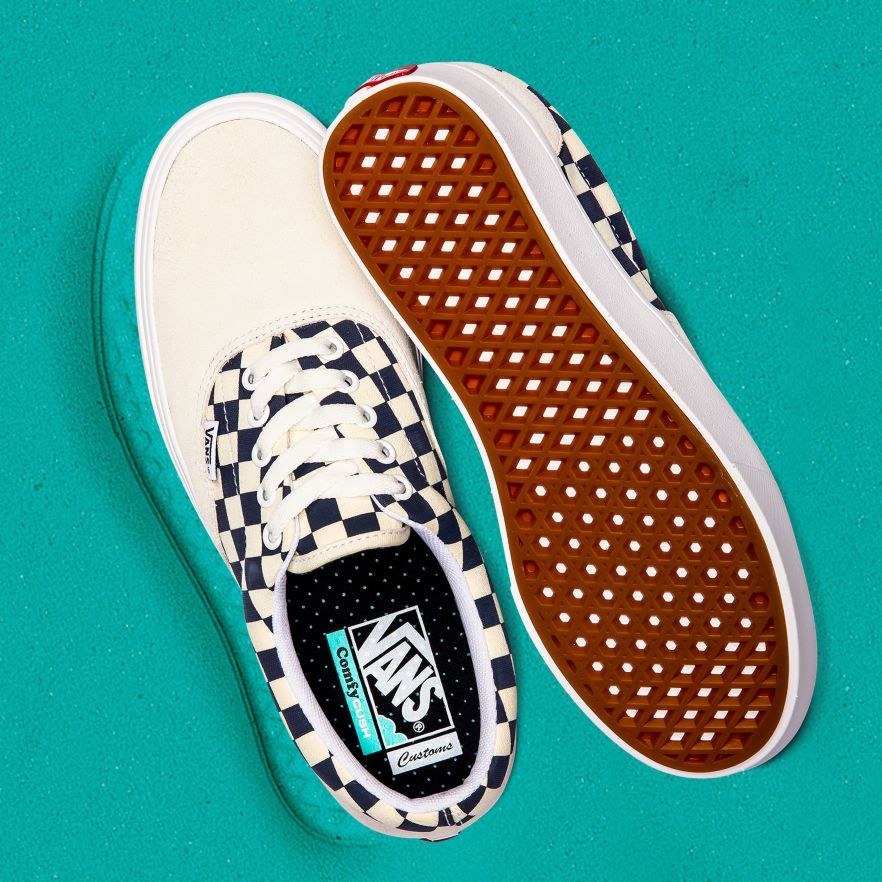 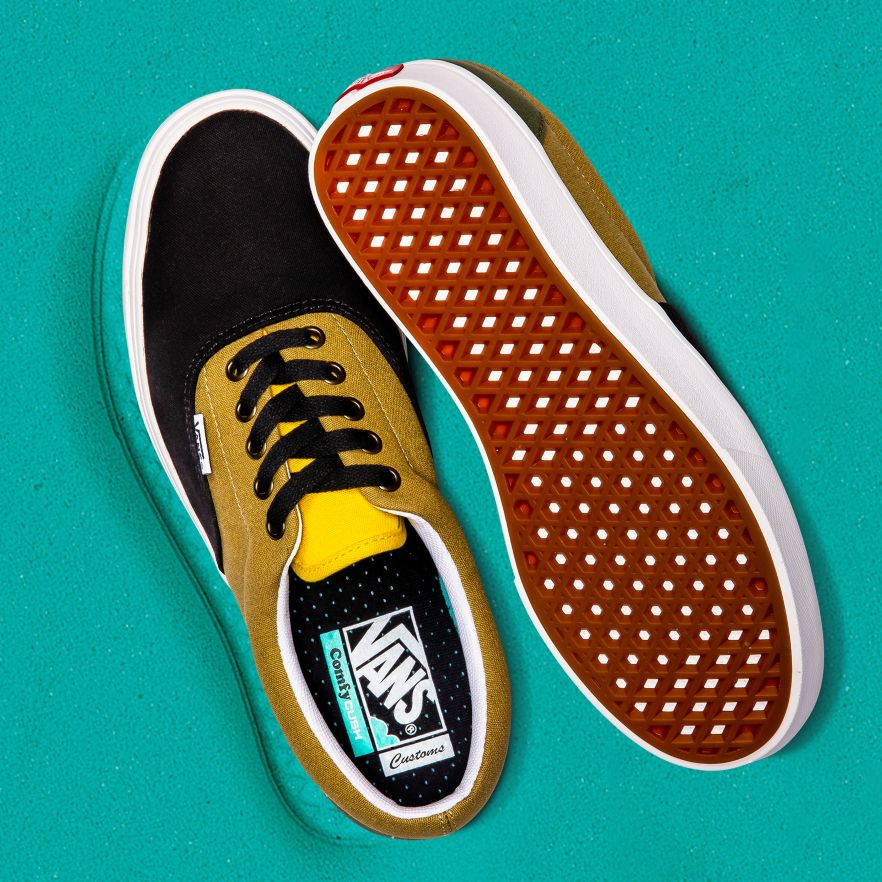